We have been creating designs for over 5 years. There are not very many objective and verifiable laws in design, and when we needed to find out something, we looked for information in professional books, blogs of cool guys and asked art directors we knew.

And then we learned that scientists had already figured out for a hundred years what the designers are still arguing about.

Why did we do this?

One day, our design team thought about how to choose a font. We found it better to use serif fonts for large texts, because the eyes fatigue less and serifs help keep the line in line.

Then the designers team lead came and said: "Proofs?"

"It's obvious," we thought, and opened Wikipedia:

The conventional wisdom is that serifs guide eye movement along lines when reading large volumes of printed text. They facilitate the connection of letters into a single line, making the text easier to read.

There were no proofs on Wikipedia, so we went to the bookcase.

In my opinion, serif typefaces less fatigue during long reading of regular, "paper" editions than grotesque, for two reasons. Firstly, serifs emphasize the endings of strokes, becoming additional “sense-discerning”. Secondly, serif letters are somewhat more complex in shape, so they differ more from each other than grotesque ones. And our reader's eye is more in need of a balance of individuality and unification than a designer's eye, which enjoys mirror ideality.

Yuri Gordon "Book of letters from Aa to Ya", Where did they come from and why do we need serifs, p. 51

In general, the personal view of Yuri Gordon is a pretty strong argument, but nevertheless, we still looked in the articles of Jan Tschichold:

A sans serif font only seems to be the simplest. Its shape has been specially simplified for children, and it is more difficult for adults to read it than an Antiqua, because serifs are not only for decoration.

Jan Tschichold "The Form of a Book", On Typography, p. 21

The books did not help us much, and we tried to use scientific articles to figure out if there is any evidence that serif is easier, faster or more enjoyable to read than sans serif. Of course, this is not complete scientific research, but it is better than the "conventional wisdom". Links to the articles are at the end of each section.

Font legibility depends on the accuracy of its elements, which usually means the ability to recognize individual letters or words.

Readability is directly related to the optimal layout and structure of the entire body of text.

Serifs guide the eye along the line

Here you need to know that the eyes do not move smoothly. When we read or search for an object in our field of vision, the eyes "jump" from point to point, making rapid movements called saccades.

Moreover, the eyes perform saccades even when a person tries to focus strictly on one point.

Jaret Screws conducted an experiment: he asked 10 people to read several texts and followed the movement of their eyes using special equipment.

They measured the duration of gaze fixation, the average number of words between them, the amplitude of saccades, and the number of times a person lingered on the same word.

All differences were found to be insignificant. Oh... Then it seems that the hypothesis that the gaze moves more easily over serif text has not been confirmed.

There is a catch though. The test used a 128 pt font. This is ten times more than in a regular book, and perhaps the research is not very well applied to the usual reading process.

Even if this is not so, the manufacturers of the alphabet definitely believe in it. Try to find at least one alphabet with Antique. 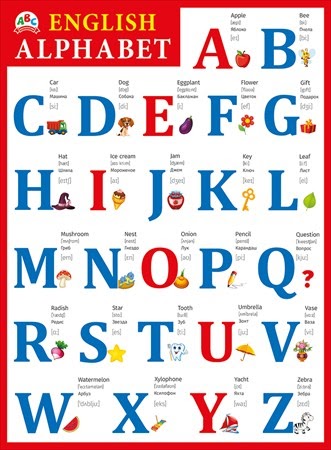 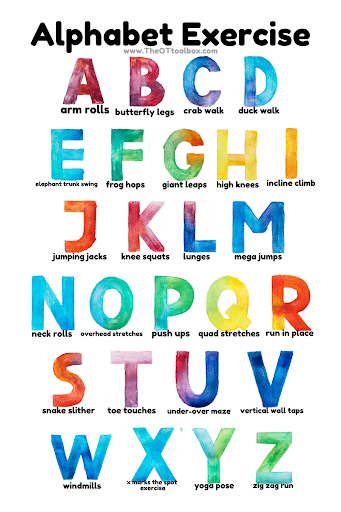 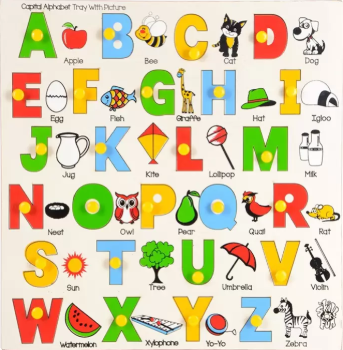 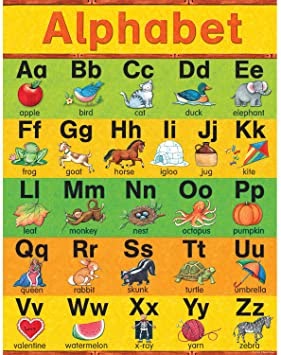 The scientists took 80 children who were 10 years old and 80 children two years older, asked them to find the right word in the text (screening test) and measured how quickly the children did it.

The differences are statistically insignificant, and the authors say there doesn't seem to be much of a difference in child legibility between serif and sans-serif fonts.

What about guys with poor eyesight?

There is a lot of research on visually impaired people and typefaces. The Journal of Visual Impairment and Blindness published a review of 18 studies in which the total number of subjects was more than 1500 people. The researchers' conclusion: For people with low vision, sans-serif fonts such as Arial, Helvetica, Verdana or Adsans are more readable than serif fonts.

It is difficult for people with dyslexia to read. Will it be possible to make their life easier with the help of some fonts?

A page that displays text as people with dyslexia see it at dyslexiarf.com

Scientists, using technology that monitors eye movement, examined 97 people, half of whom had dyslexia. They were allowed to read 12 similar texts typed in different fonts, measured the speed, number and duration of gaze stops, comprehension of the text, and using questionnaires to find out the preferences of users.

The sans-serif font Arial came out on top in readability for both ordinary people and dyslexics (interestingly, Helvetica, which is similar to it to the point of being indistinguishable, is in fourth place). But the second place was unexpectedly taken by the monospaced squared Courier.

The preferences of people are generally unambiguous: the top 3 fonts for both dyslexics and non-dyslexics are sans serifs.

Maybe it's not about reading speed and legibility, but the special mood that serif fonts create?

The Software Usability Research Lab at Wichita State University tried to figure out how people perceive fonts. Participants filled out a questionnaire where they indicated what, in their opinion, characteristics of different fonts.

Interestingly, serif fonts were ranked first as formal, mature, practical and stable. And sans serif fonts came first in the ranking ... nowhere. That is, they did not have any pronounced emotional trace.

For another study, they took two satirical passages from the New York Times: one on government issues, the other on education policy. They were printed in the same size Times New Roman and Arial fonts and shown at random to 102 university students who graded them using predefined adjectives.

The satirical articles printed by Times New Roman were perceived as funnier and more treacherous than those printed by Arial.

This is most likely the same sans serif neutrality effect as in the first study.

Does this mean that all sans serif fonts are faceless? Generally not, but a neutral serif is less neutral than a neutral sans serif.

We read most of the texts from electronic screens. Electronic devices and even different programs on the same device handle fonts differently.

Scientists have tried to figure out how anti-aliasing affects readability. They compared four fonts printed on paper and on-screen, with and without anti-aliasing

Interestingly, the most readable was the anti-aliasing screen font (not printed), and that sans-serif font is Arial. The second after him is Verdana, also sans serif.

But without anti-aliasing, Georgia, a serif font, was best read.

We wanted to test if it's really better to use serif fonts for large texts. It turned out that for the average person there are almost no differences, but for those who have problems with reading - the elderly, children, people with poor eyesight or dyslexia - sans-serif is preferable.

Here, we have given reviews of just a few articles. We looked through a couple of dozens more, but did not include them in the article so as not to make it endless. In fact, there are even more of them. But the result is about the same in all: either the differences turn out to be statistically insignificant, or the grotesques are slightly ahead of the serif.

If you are interested in this topic, you can do your own research: search scholar.google.com on request such as Font readability research. There you can find studies about the optimal line spacing, and about the perception of different typefaces, and about the differences in readability depending on the size.

Impact of Coronavirus On Startup Funding and Ecosystem

How to Use the Customer Discovery Process [Copmplete Guide]

7 Tips on How to Manage an IT Project Successfully 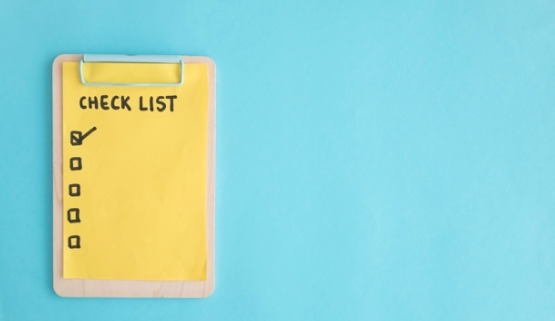 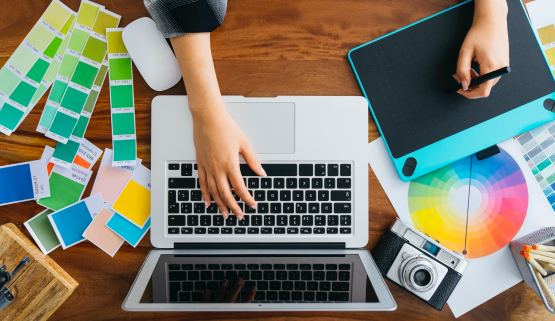 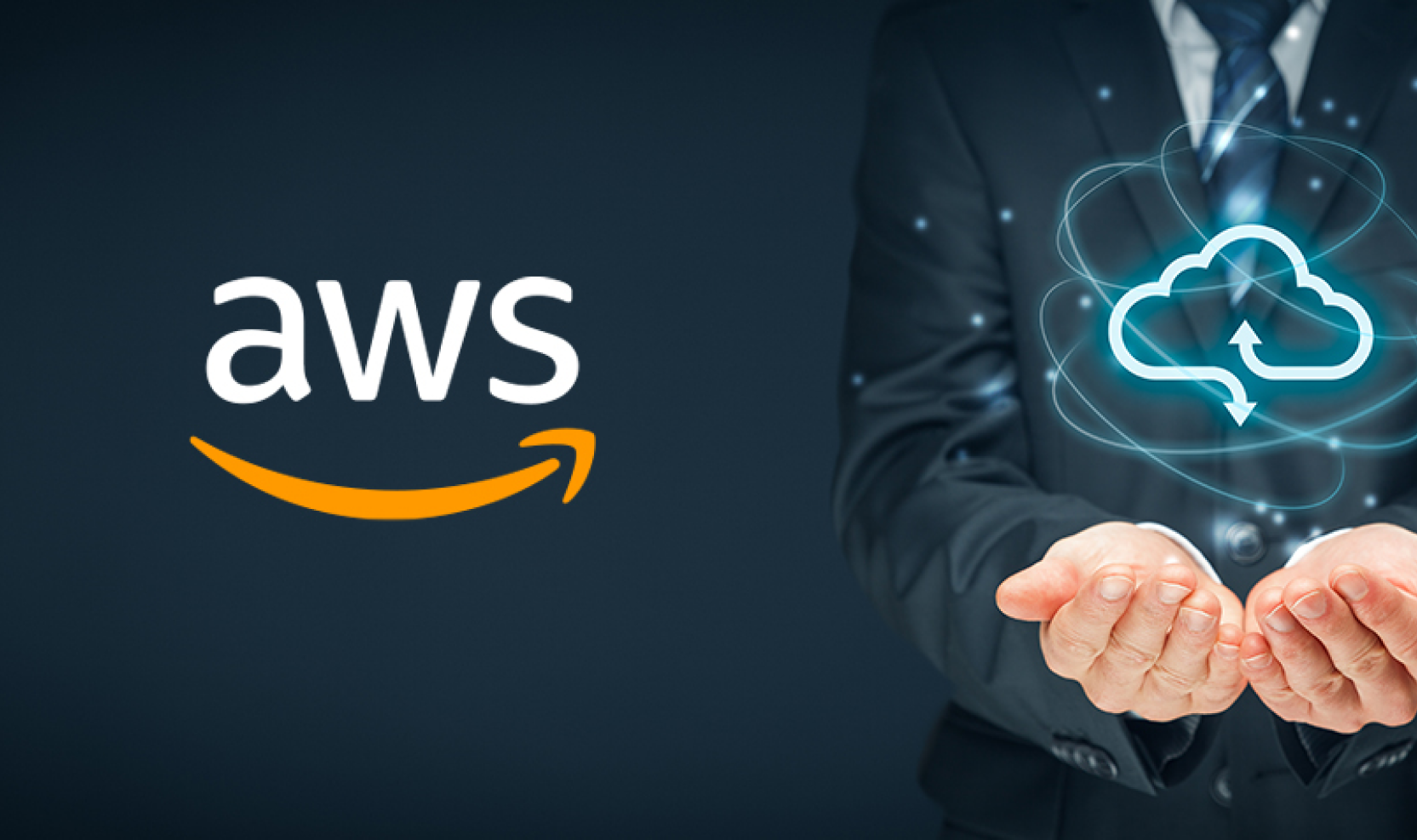